Voter turnout was 47 per cent with the municipality using electronic balloting for the first time. That’s up from a municipal election high of 38 per cent in Annapolis County. The 2016 municipal turnout was just 32 per cent. 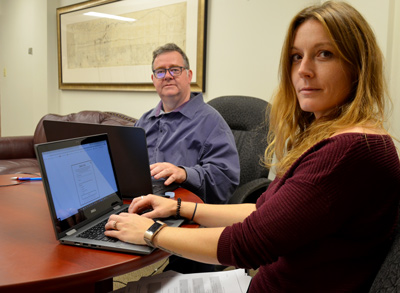 “We really appreciated the poll worker teams. It was alot for them to learn the new voting systems. They worked so hard and did an amazing job helping the public during the in-person voting today,” he said.

“It was nice to see in general the public seemed to embrace the ease of electronic voting and that bodes well for the future,” said assistant Returning Officer Amanda Lewis.