County of Annapolis is concerned about the spraying of Glyophsate herbicide within the Municipality. Residents have approached Council with concerns about the health impacts of Glyophsate spraying, and particularly aerial spraying.

MOTION 220913.02 Aerial Spraying – Letter to Premier and Minister Environment & Climate Change - That Municipal Council write a letter to Premier Tim Houston and Environment and Climate Change Minister Tim Halman requesting that a moratorium be placed on aerial herbicide spraying until a formal report, requisitioned by the provincial government on the net benefits or net losses of such activity to the residents of Nova Scotia, can be obtained; to include copies to the two local MP’s and Health Canada; and that all NS Municipalities be copied and encouraged to send similar letters. Moved: Deputy Warden Gunn, Seconded: Councillor Prout. Motion carried unanimously. 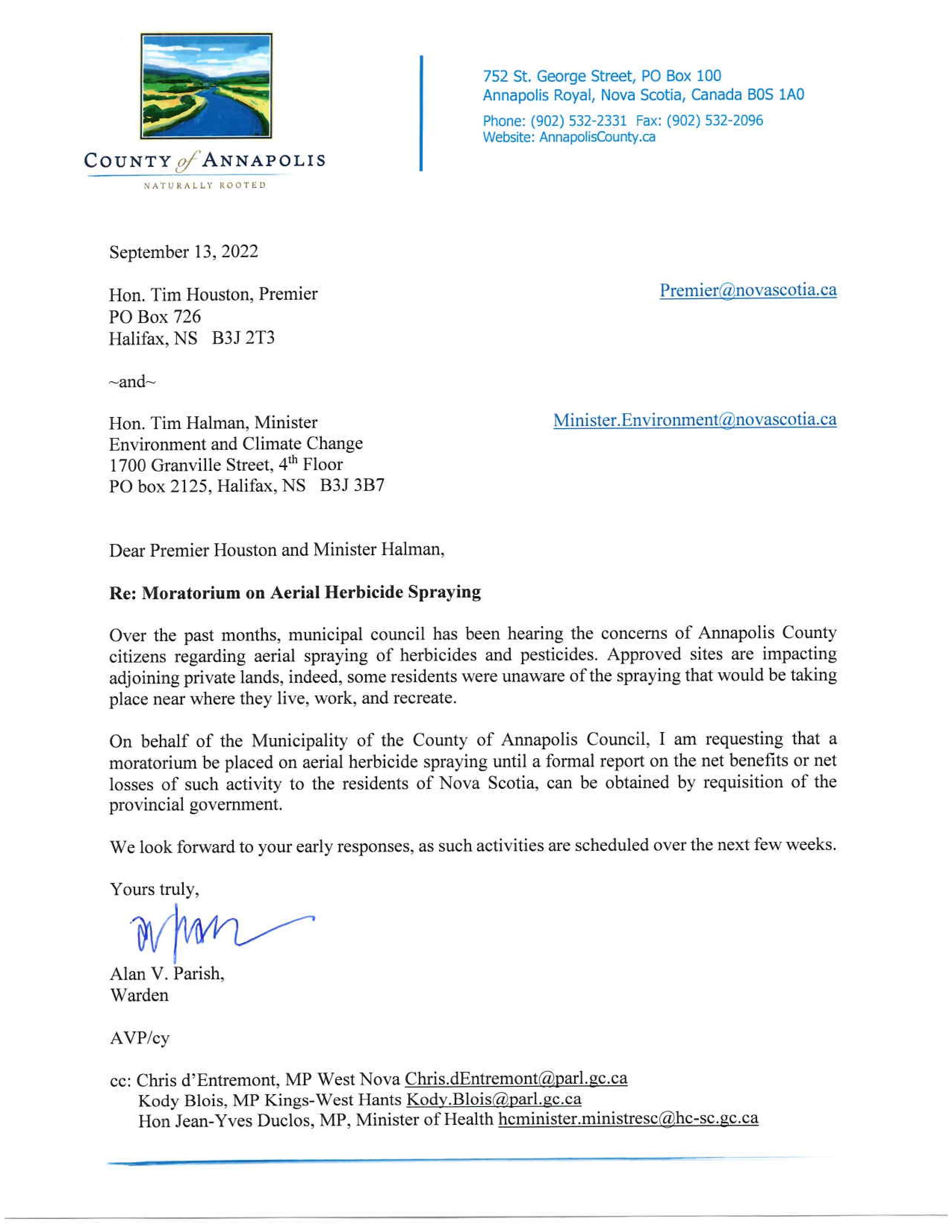 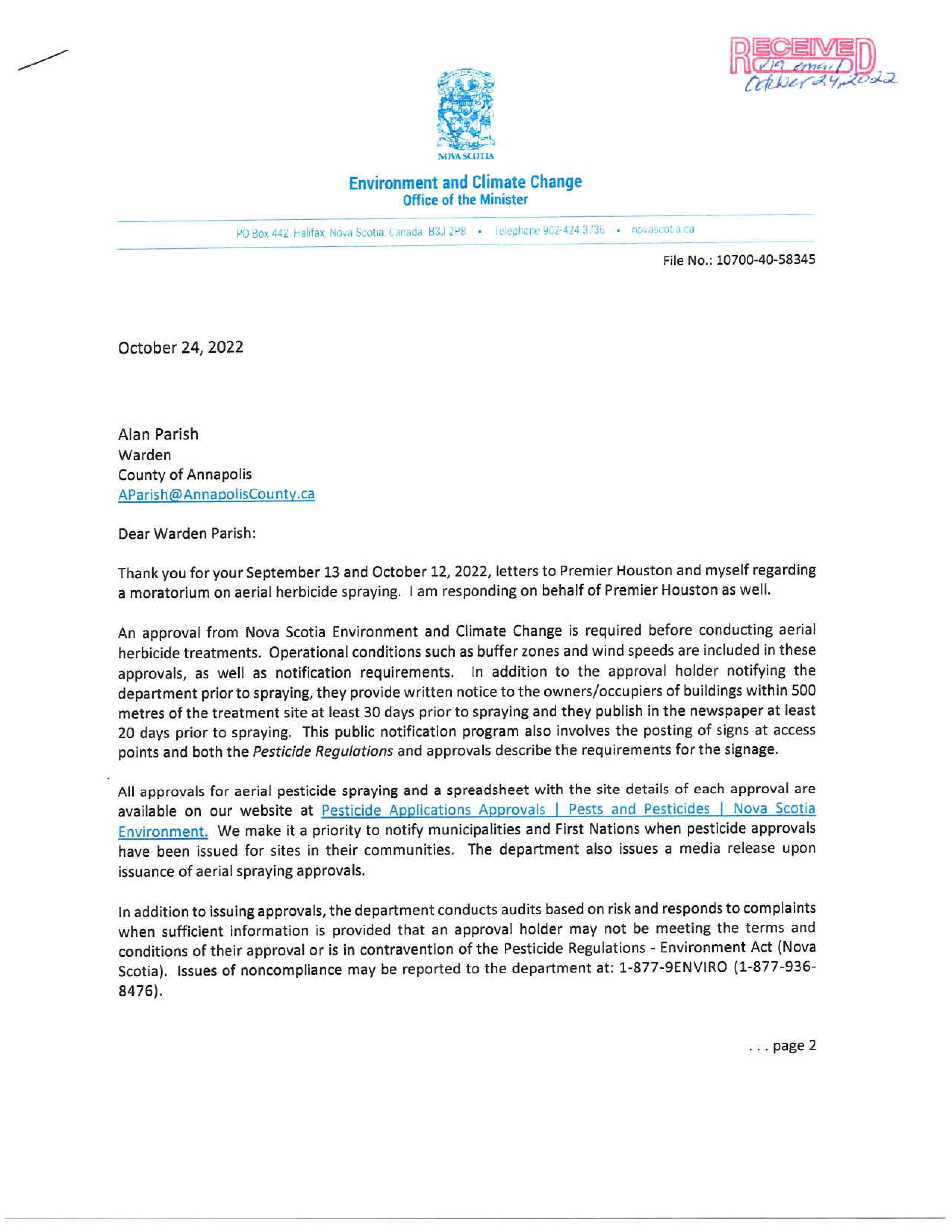 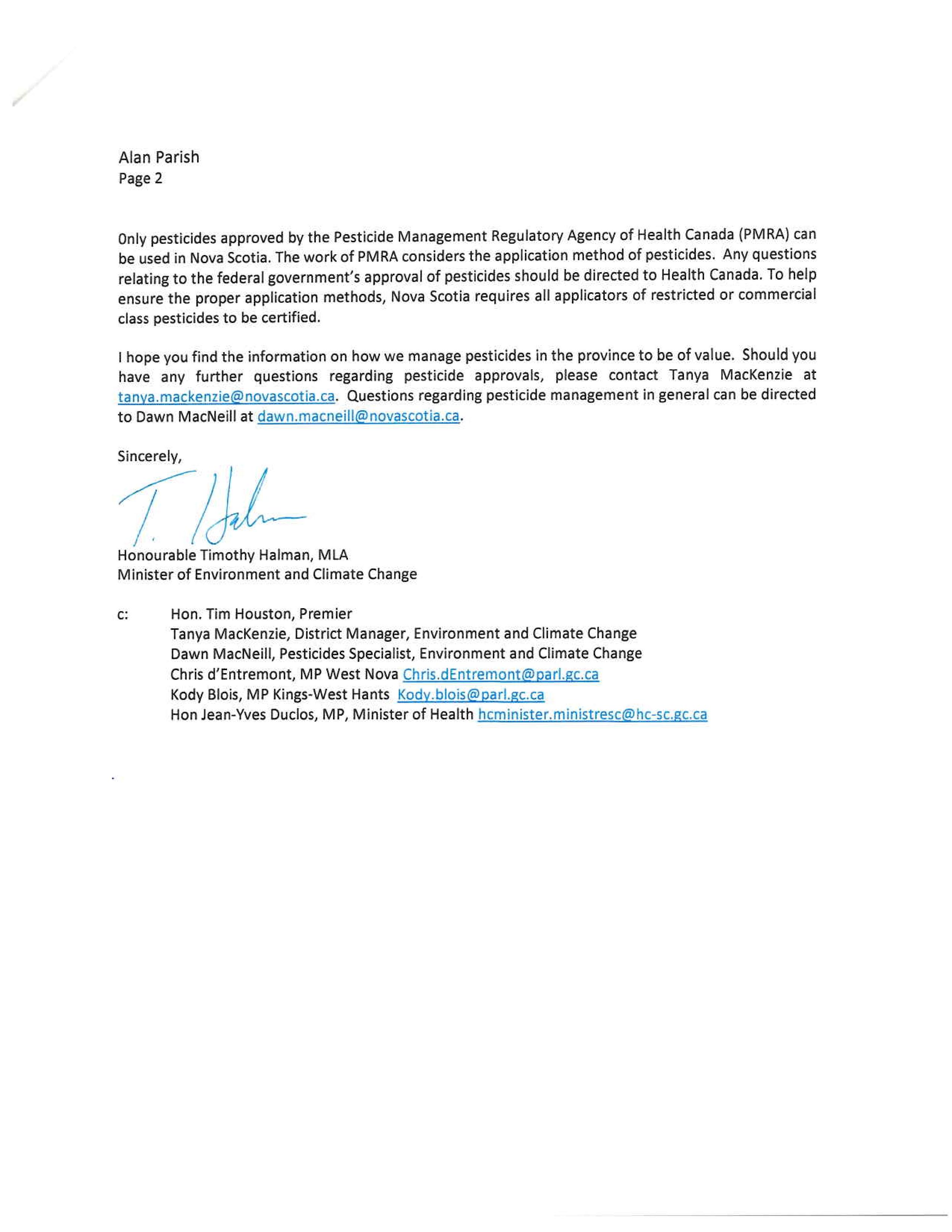 Please see below the legal opinion provided to Council from the Municipal Solicitors regarding consideration of passing a bylaw to ban the aerial spraying of Glyphosate herbicide and their request of a legal opinion on whether it (Council) has jurisdiction to pass such a bylaw.