There are three funding categories (potentially four) for the internet build.  One is the County source, the other is federal funding through the Connect to Innovate CTI fund, and Gas Tax.  Most of the Shore Road and parts of the Granville Road to Victoria Beach is being funded by CTI, Gas Tax and anticipated provincial funding.  The contribution agreement between the County and the federal government is a document that permits work to begin and the County can invoice the federal government.  The County cannot start before approval in principle is given.  We are certain this will occur.  With that said, much of the work being completed in respect to the “make readies” (this is a term used to describe regulated tree clearing and pole replacement) with Nova Scotia Power Inc. and Bell.  This important work (make readies) will provide better estimates on the fibre build (attachment to poles) location and time.

The first visual course of work the public will see is tree clearing near existing lines and the odd pole replacement.  The Utility and Review Board (UARB) requires this work when new fibre is proposed for connecting to the utility poles, in this instance it is in our County.   As you can imagine, we hope all areas will meet the standard expected by the UARB and approved by Nova Scotia Power Inc. minimizing tree clearing and pole replacement.  This necessary work must be performed before fibre is attached to the poles.

Mainland Telecom Inc. intends to be working in various locations to be efficient as possible.  Mainland and the County intend to provide information and updates as we proceed.  We want to assure you that extensive work is already underway in preparing approvals for pole attachments.

Warden Timothy Habinski(ANNAPOLIS COUNTY, NS) The Municipality of the County of Annapolis announced today that a final agreement has been concluded with Mainland Telecom Inc. to begin provision of internet infrastructure throughout Annapolis County.


“We have been working hard over the past ten months to hammer out the final details of the funding agreement, and now we’ve signed off on the deal”, said Annapolis County Warden Timothy Habinski.

“Top level internet connectivity throughout the County was the first priority of Council’s Economic Development Strategy, and I am delighted that we are now in a position to finally move forward”, the Warden declared.

Last year the Municipality of the County of Annapolis Council approved a Temporary Borrowing Resolution (TBR) that put forward a formal request to the Province of Nova Scotia stating the County’s intent to borrow $13,000,000 to build back bone fibre optic cable in key areas within the County boundaries.

Deputy Warden Read ResolutionsThe Province approved the request in June 2017, and the Municipality then entered into active and detailed negotiations with Mainland Telecom Inc., the Annapolis Valley based company chosen from a list of companies to design, build, and provide fibre optic internet service for County homes and businesses.

“As in most cases where parties enter into complex negotiation the devil was in the details, and we wanted to work out an agreement that would protect the interest of our residents, provide them with the service they urgently need, and to be beneficial for both the Municipality and for Mainland Telecom Inc. We believe we have achieved that balance.  Now the real work can begin”.

Build while recognizing a need to reach as many citizens and businesses. Mainland Telecom Inc. and the County were thorough in their approach to negotiations and the details were widespread and comprehensive” said Annapolis County Chief Administrative Officer (CAO) John Ferguson.

The Municipality will initiate a communications process that will keep residents and businesses up to date as this project progresses. 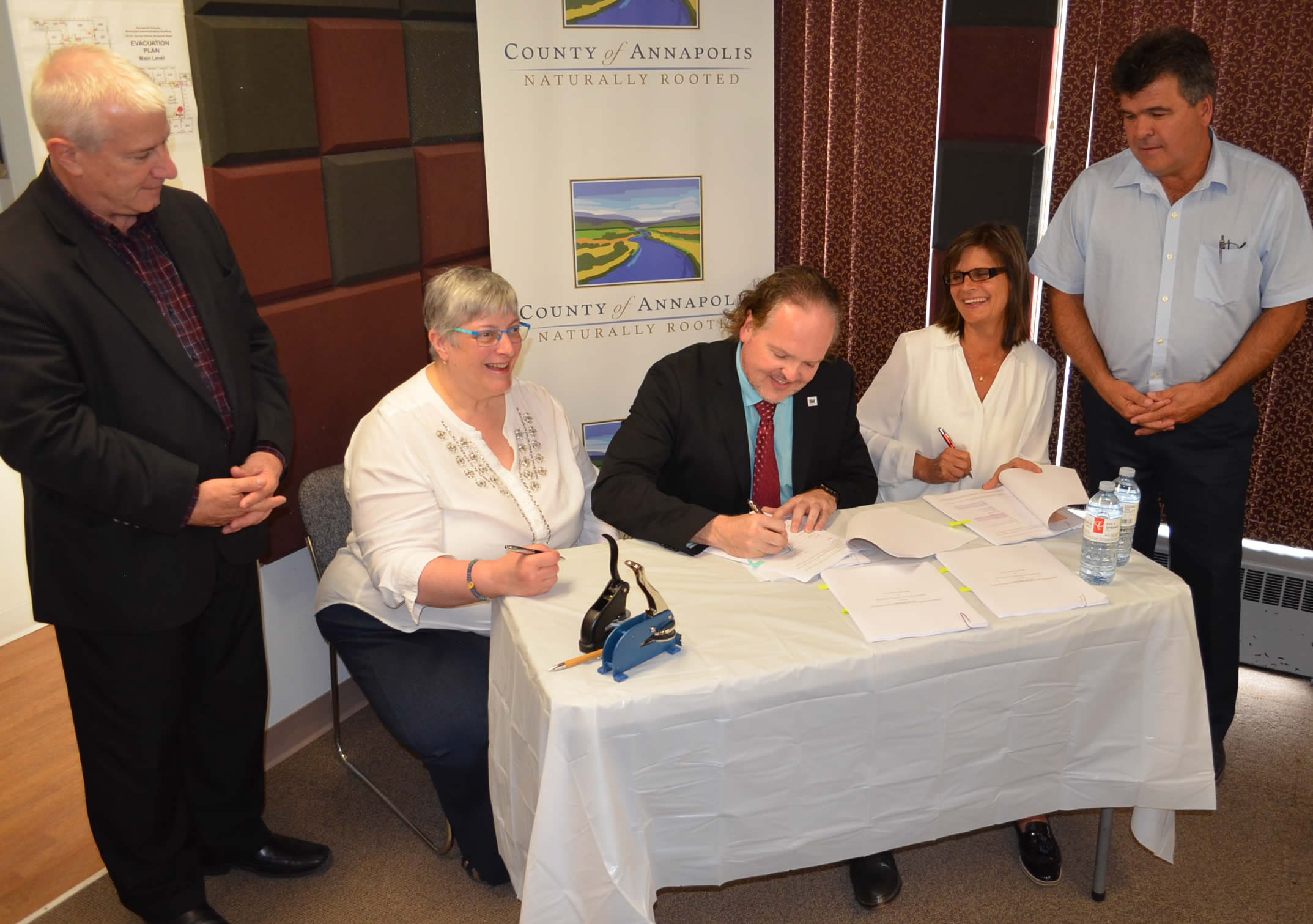 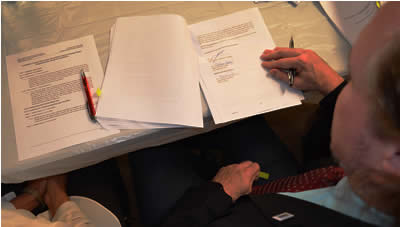 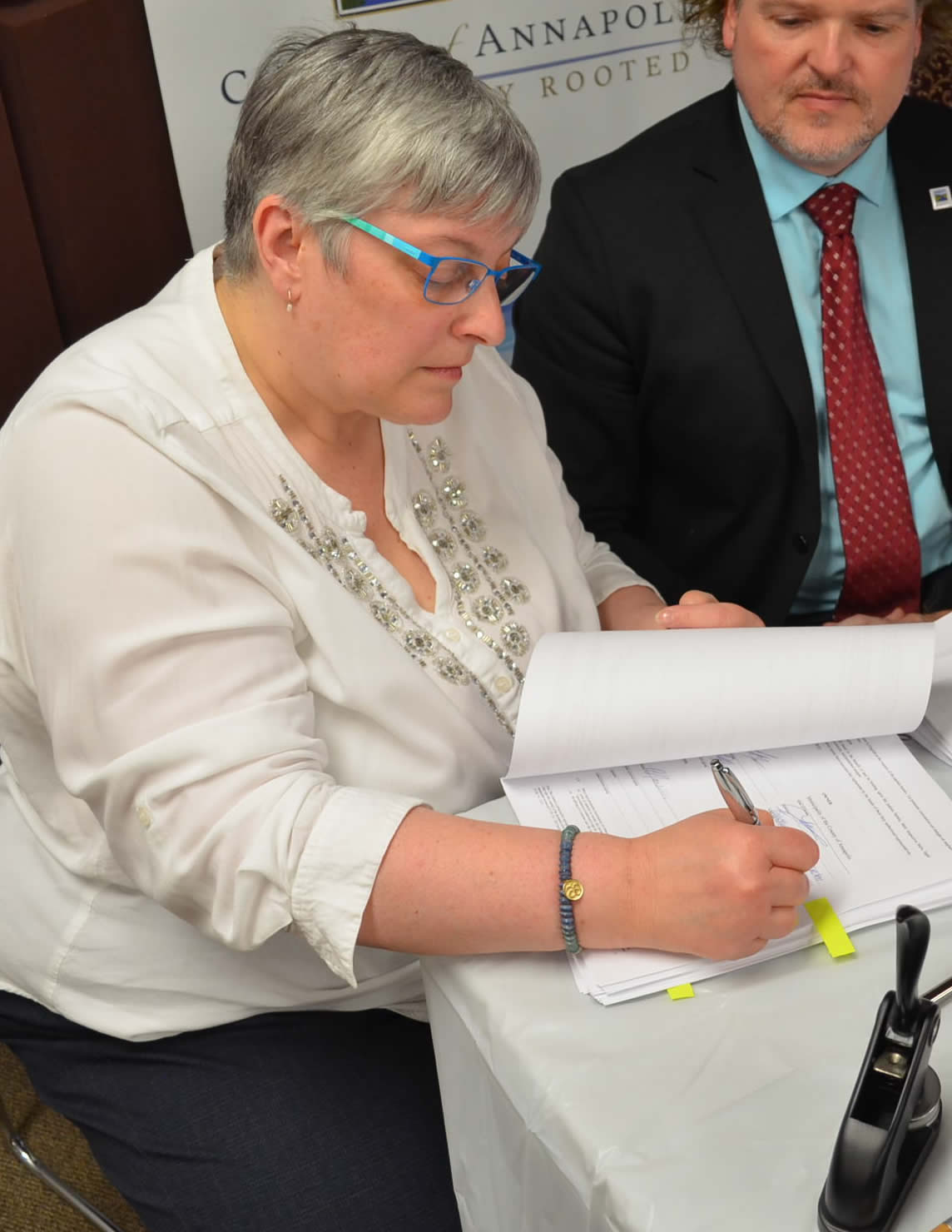 Municipality of the County of Annapolis

Contract negotiations are still underway that will see fibre optic cable built with in Annapolis County.

We appreciate everyone`s patience on this very important and exciting project as staff are working diligently to ensure the success of this project, now and into the future.

A media release will coincide with the signing of the contracts.

Fibre Internet in the County of Annapolis.

We are still in negotiations for the contracts that will see fibre optic cable built with in Annapolis County.

We are very near to having these contracts finalized and signed.  We appreciate everyone`s patience on this very important project.

There will be a media release for the signing of the documents – when negotiations are finalized. 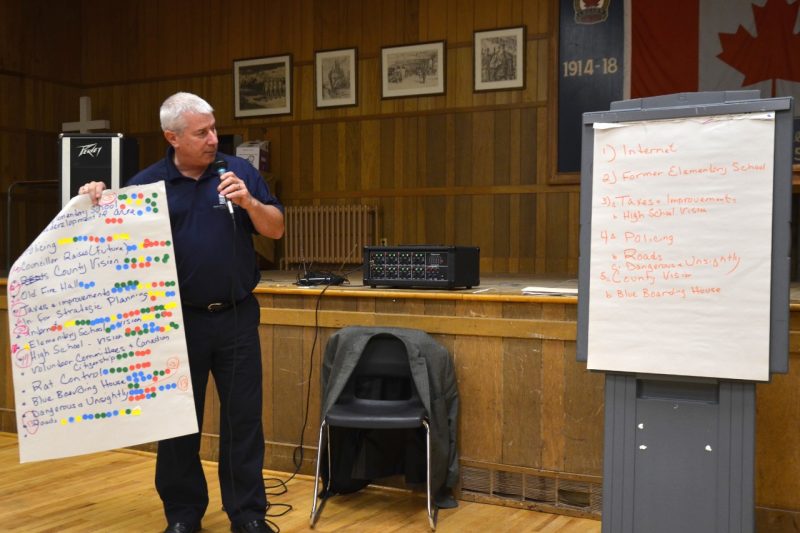 Click Here
for the full story in the Annapolis County Spectator